NextStepLiving » Green Living » What is Homesteading? (Things You Need to Know to Get Started)

What is Homesteading? (Things You Need to Know to Get Started)

Homesteading has garnered increased attention in recent years. As more and more people become increasingly aware and conscious of issues related to food security, health and wellness, and the environment, it has prompted the re-emergence of the homesteading lifestyle.

The following article will outline everything you need to know about homesteading.

A homestead is “a dwelling with its land and buildings, occupied by the owner as a home and exempted by a homestead law from seizure or sale from debt”.

In the late 19th and early 20th centuries, homesteading was a phenomenon in which immigrants were attracted to the Canadian West by the government to resettle the land. However, homesteading is used more informally today.

Homesteading is a lifestyle of self-sufficiency. It is the practice of living in a sustainable, natural way with all the resources on hand.

Its definition is not bound to space, which means it does not matter where someone lives, rather what matters is the lifestyle choices they make. It usually goes hand-in-hand with minimalism and living a more frugal and conscious lifestyle.

Examples of homesteading self-sufficiencies include:

Being a homesteader is characterized by the following:

There was an increased desire to be connected to the supply chain, especially food, clothes, and other goods.

Homesteading is perfect for those who want to be self-sufficient, take an active role in the consumption cycle, and enjoy making environmentally and socially conscious decisions. Homesteading can take many forms, from traditional farmsteads to urban roof gardens and compost bins.

Benefits of the Homesteading Lifestyle

Homesteading has several advantages, from an individual and financial perspective. Homesteading is a conscious decision to live a more sustainable and independent lifestyle.

Homesteading can provide a sense of freedom that working for someone else or living in the city cannot. It is a way to cut back on living costs, know where your food is coming from, and embark on a journey of self-sufficiency and reliance.

Homesteading generally means you are living a sustainable lifestyle that avoids Depleting the earth’s natural resources by reducing the demand for water, energy, trees, and fossil fuels.

There is great satisfaction in living a lifestyle that generates less waste, prioritizes the use of renewable resources, and minimizes consumption.

Homesteading has benefits for your physical and mental health. Homesteading provides people with a deeper purpose and deeper connection to the earth, which is known to improve mental health. There are also many health benefits to growing and sourcing your own food.

Homesteaders generally adopt organic agricultural practices and grow good-tasting foods. Homesteading provides a natural and non-toxic environment for a family to thrive where you are constantly inspired by your own resourcefulness.

A property that has been homesteaded is protected from forced sale to satisfy debts from personal loans.

However, it does not protect you from foreclosure for not paying your property tax, mortgage, homeowner association fees, or construction fees. It guarantees that your family will still have a home after you are gone as your family will inherit the estate.

In some states, homesteading a house will grant you a property tax exemption, that is based on the assessed value of your property.

The exemption also protects the value of your home from property taxes, creditors, and circumstances that arise from the death of the homeowner’s spouse.

Homesteaders often have a holistic perspective and view of the environment. Holistic refers to the belief that all things are inherently connected and humans should approach life as such.

Generally, this relates to the treatment of livestock, agricultural practices, and day-to-day decisions.

How to Become a Homesteader

While there is no exact definition of what it means to be a homesteader, for many people, it involves owning land and building on it. Most homesteaders have a small-scale farm with the dream of being self-sufficient and self-reliant.

Homesteading does not mean you need to completely overhaul your life. It can be a full-time job and lifestyle or it can be a hobby or part-time job.

Things to Consider Before You Become a Homesteader

Although the government is no longer handing out free land, there are still ways to become a modern homesteader. It is all about a sustainable and self-sufficient lifestyle. Before taking the plunge, consider the following:

Learn More: How to Start an Urban Homestead

Interested in homesteading, but want to start slow? Try some of these activities to get started:

While every homestead is different, homesteaders share some similarities. The following will explore the most popular animals, vegetables and goods that are found on a homestead.

Common animals on a homestead and their purpose

Common handmade goods on a homestead

Common vegetables are grown on a homestead

Best States to Homestead In

Through these small activities, they are helping to maintain a thriving ecosystem and protect biodiversity.

Homesteading is not a new concept and has existed for centuries in various forms.

Homesteading has been used by government entities to settle previously unsettled areas. It was a tactic used in the United States, Canada, and Australia to engage in national expansion.

The historical definition of the homestead was made famous by The Homestead Act of 1862, which encouraged western migration by providing settlers with 160 acres of land in exchange for a nominal filing fee.

Public land in the western United States was granted to any US citizen willing to settle and farm the land for at least five years.

In Canada, a similar act was adopted, called the Dominion Lands Act in 1872. It allowed for lands in Western Canada to be granted to individuals in an attempt to help prevent the area from being claimed by the United States.

There was renewed interest in homesteading in the 1930s and 1940s when US President Franklin D. Roosevelt introduced a program of subsistence homesteading.

This program was based on a philosophy of “back-to-the-land” to encourage a partial return to the simpler farming life of the past.

Homesteading as a Social Movement

Aspects of modern homesteading gained popularity in the 1960s in the United States. There was great interest in the idea of getting “back to the land”.

Self-sufficiency movements started in the 1990s and continued throughout the 2000s. The characteristics of homesteading were adopted in both urban and suburban settings.

Homesteading as an Economic Choice

Homesteading focuses on self-reliance, independence, and self-determination. Independence and self-sufficiency vary across a spectrum depending on the individual homestead.

For example, sometimes, the homesteading lifestyle follows a successful career that provides the funding for land, taxes, and specialized equipment. At the same time, homesteading may also save you money in some areas of life.

Final Thoughts on What is Homesteading

Homesteading is a lifestyle that means something different to everyone. It is about personal choices that lead to a life of self-sufficiency and simplicity. 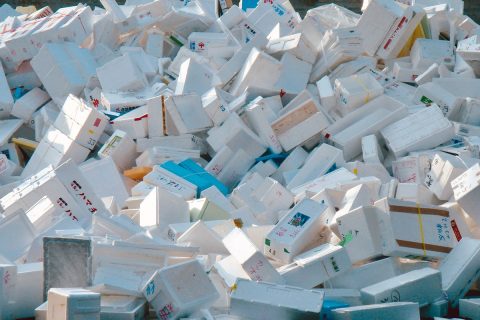 How to Dispose of Styrofoam Without it Ending Up in a Landfill? 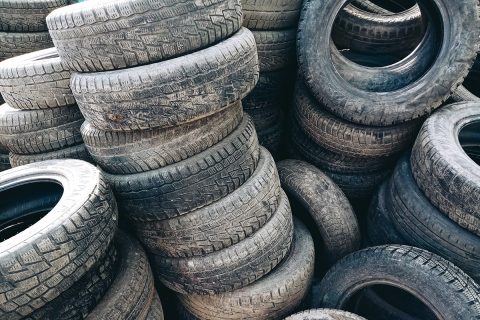 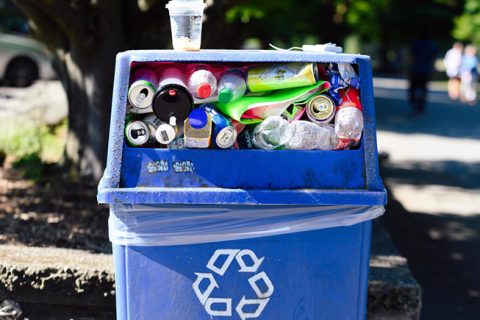 What Plastics Can Be Recycled? (All You Need to Know!) 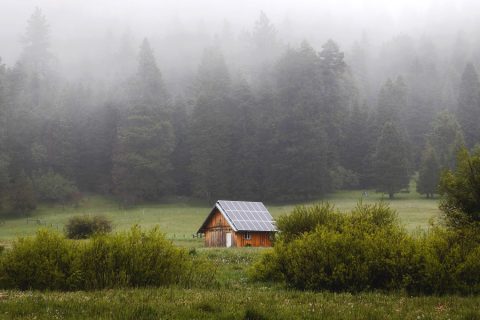 How to Live Off the Grid: 9 Things You Need Now