10 Best Ways to Save Money on a Tight Budget 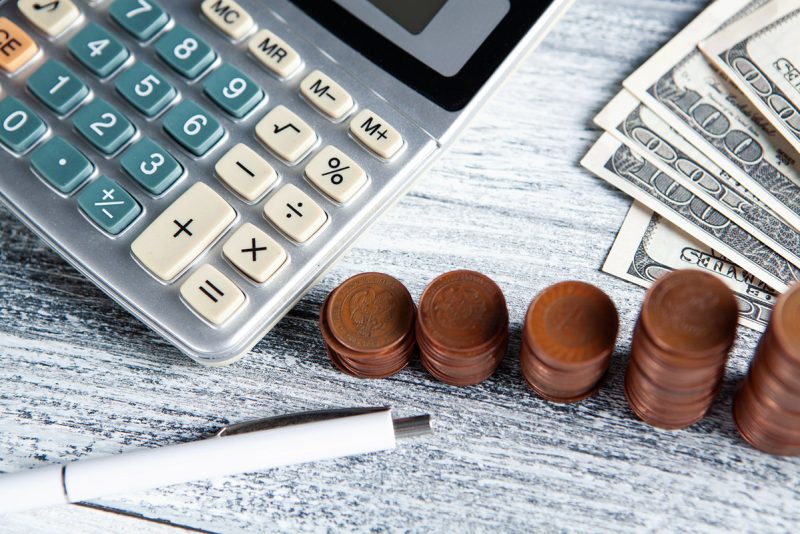 You’re one of the millions of people who are living on a tight budget. You know that it can be difficult to make ends meet, but you also know that there are plenty of ways to save money. Saving money is all about making smarter decisions and finding ways to cut back on spending where you can.

The most obvious first steps would be to create a budget and track your spending. But since that is a given, it won’t be listed here. Instead, we’ll give you some suggestions that you can implement that will save you some money and help you reach your financial goals.

Here are a few ideas on how you can save money on your budget.

Cashback shopping apps make it easy to save money while you shop. Instead of getting a coupon or store credit, you get cash back.

The idea behind these apps is simple: You buy products through their app and then the company pays you a percentage of the sale back into your PayPal or bank account. The more people use the app, the more money they can afford to pay out.

Cashback shopping apps are also known as cash-back portals or cash-back websites. The term “portal” comes from the fact that these sites act as a portal for making purchases from other websites (and not just from one retailer). Some popular cashback apps include Ibotta, Checkout 51, Honey, Rakuten, and Capital One Shopping.

We all have expensive habits that we could cut out of our lives in order to save money. We might not feel like it’s worth it, but when you consider how much time, energy, and money we spend on these things, we might be surprised at what we can save if we just quit for a month or two. Things you can cut out include eating out, smoking cigarettes or cigars, drinking alcohol, and gambling.

3. Opt for Streaming Service Over Cable

If you’re looking to save money on entertainment, there are a few ways to do so. One option is to get rid of cable and opt for a streaming service instead. If you don’t have a lot of money, this can be much cheaper than paying for TV channels. For example, Hulu costs $7.99 per month, while Netflix costs $13 per month (their basic plan). You’ll pay less than that if you choose one of the few cheaper options available from both services.

Here are some other reasons why streaming services might be a better choice:

Paying with cash is one of the best ways to save money on a budget. By using cash, you are much less likely to spend more than you had planned and have a better idea of how much your purchases will cost. If you use a credit or debit card, it’s easy to get caught up in the shopping spirit and end up spending more than you intended.

Since credit cards are so easy to use, it’s also very tempting to swipe them when there isn’t enough cash in your wallet for that new pair of shoes or dinner out with friends.

If you pay for everything with cash (even if there is still plenty left over), then you won’t be tempted by what’s in your wallet because it’s already spent!

Plan your meals in advance so that you’re not stuck at 6 p.m., staring into an empty fridge with no idea what’s for dinner tonight (or tomorrow night). Make a shopping list so you don’t buy more than what’s on it — that’ll help keep impulse purchases out of the cart too!

Meal prep is the holy grail of healthy eating. It allows you to cook once, eat all week, and save money. You can even meal prep on the weekend, so you have quick lunches for work during the week.

Cook in batches whenever possible to save time and energy (and dishes!). If you’re making one meal for dinner tonight but have leftovers for tomorrow too, double up on those tasks so they take half as long again!

The cost of energy is going up, and it’s not just because of the cost of oil. You can save money on your utility bills by taking steps to reduce your consumption. Here are some tips for lowering your power usage:

7. Look for a Cheaper Phone Plan

In the first quarter of 2019, AT&T and Verizon were the number two and three biggest carriers in the U.S., respectively, while T-Mobile took the top spot. Sprint came in fourth place.

While T-Mobile offers some of the most affordable plans on the market, it doesn’t have coverage everywhere — so you may want to look into other options. If you’re thinking about switching carriers but don’t know where to start, we’ve got some tips on how to find a cheaper cell phone plan:

Check out prepaid carriers like Cricket Wireless or Metro BYOP (Bring Your Own Phone) plans. These are often just as cheap as postpaid plans from major carriers — but without having to sign up for a contract or credit check first! You can also try regional providers like Boost Mobile and Straight Talk that offer low-cost plans with limited features and coverage areas.

Thrift stores are the best places to find great items at low prices. They’re also a great way to support charities in your community. Shopping at thrift stores is a sustainable and ethical way to shop, and it’s generally cheaper than shopping at big box retailers like Walmart or Target.

Buy only if it’s in good condition. If an item has stains or holes, don’t buy it unless you’re willing to spend time fixing it up yourself.

Look for designer brands that aren’t covered in dust or dirt. Designer labels are often sold at deep discounts because they’ve been sitting around for so long; their original owners may no longer want them or have lost interest in them. That doesn’t mean they’re poor quality — but they may require more cleaning than other items in the store.

How do you feel when you see your credit cards? Do you think about how much debt they are generating or do you think of the freedom they provide? If it is the latter, then there is an easy way to remind yourself that they are not free. Put them in the freezer!

Why? Your brain will have a much more difficult time rationalizing a purchase when it has to go through two steps: take it out of the freezer and put it in the wallet. This extra step can make all the difference when making a purchase decision.

10. Repair Rather Than Replace

Repairing a broken appliance, such as a refrigerator or washer, can be much less expensive than purchasing a new one. Think about this when considering whether to repair or replace.

If you are able to repair your appliance yourself, it will be even more cost-effective. If you do not have the knowledge or tools to do the repair yourself, however, it can be worth hiring someone who does.

Repairing an appliance rather than replacing it will save you money in the long run. In addition to saving money on buying a new appliance and paying for installation costs, you will also save on energy costs because appliances that are repaired are more efficient than new ones.

Final Thoughts on Ways to Save Money On a Tight Budget

We hope this article has given you a few ideas on how you can save money on your budget. Remember that the most important thing is to keep track of how much money you’re spending each month so that when it comes time to dole out some cash, you’ll know exactly what’s left in your account.

Written by: Lisa MusserPosted in: Money 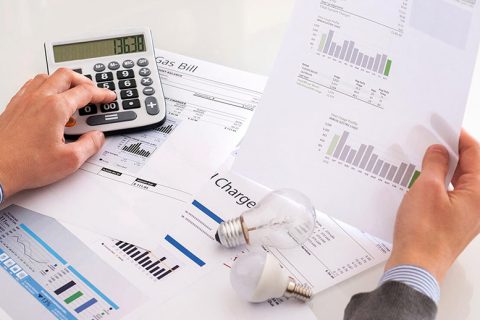 How to Save on Electric Bill (20 Helpful Tips!) 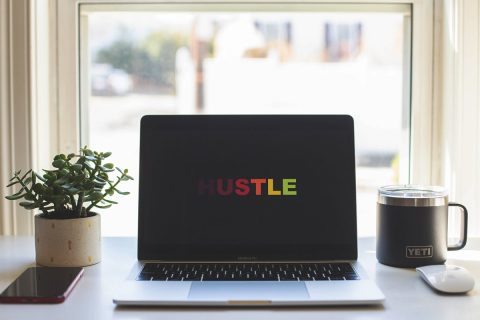 12 Easy Online Side Hustles to Make Money From Home 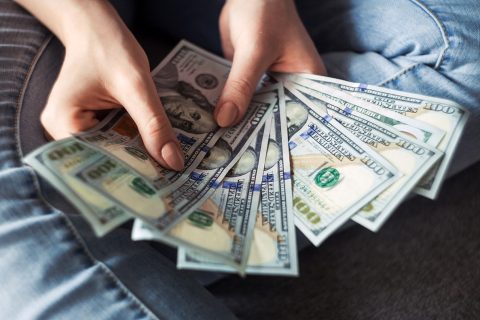 Frugal Living Tips: 13 Ways to Save Money that Work 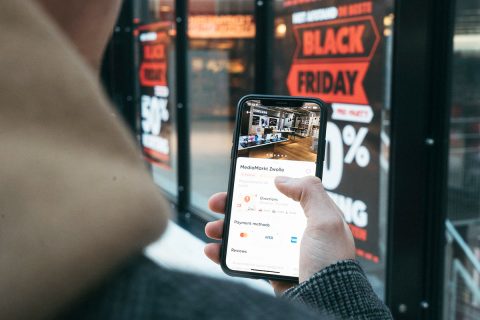 Is it Cheaper to Buy Online Or In-Store? (Explained) 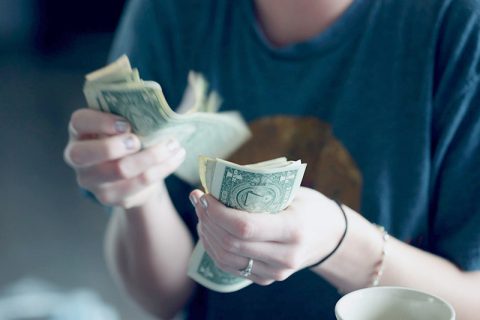 Make Extra Money: 13 Side Hustles and Jobs that Pay Well 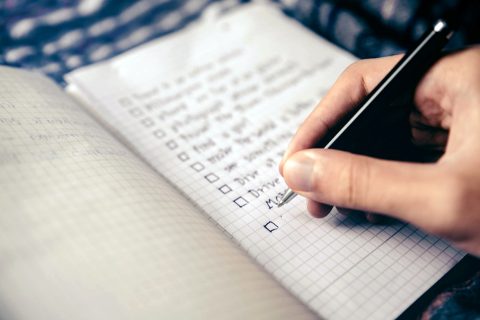 9 Steps to More Effectively Manage and Reduce Your Debt