NextStepLiving » Food » Vegan » Is Soy Milk Vegan? Here’s What You Need to Know!

Is Soy Milk Vegan? Here’s What You Need to Know! 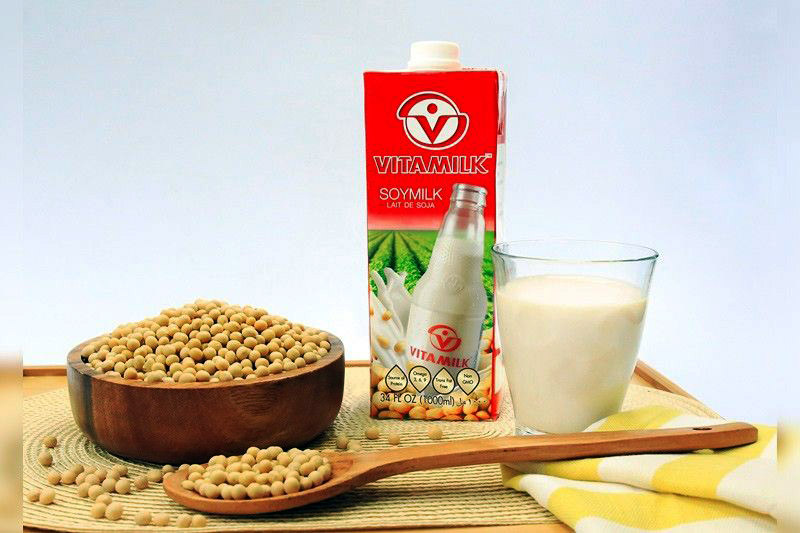 Is your favorite soy latte really vegan? Soy milk has been the conventional and go-to option for non-dairy beverages for many years. Soy milk is a vegan favorite because it contains no animal components in commercially available versions.

Understanding the origin, many uses, and applications of soy milk shows whether this dairy milk alternative is truly vegan. Its nutritional benefits and sustainability make it one of the most widely used food sources.

Keep reading to learn more about this impressive crop and whether its milk is genuinely vegan.

What Is Soy Milk?

Soy milk is a plant-based dairy-free beverage that is frequently used in place of milk. It’s manufactured from soybeans, and several brands add vitamins and minerals like vitamin D and calcium to their soy milk. A healthful, multipurpose legume, soy originated in East Asia.

There are many words used to refer to soy, which is the world’s most common protein source, including soybean, soya, or glycine max.

According to the USDA, America is the world’s leading producer of soybeans and the world’s second-largest exporter. Soy milk, along with its other soy products, edamame, tofu, tempeh, soy sauce, and soy oil, accounts for 70-80% of all soy consumed.

This milk alternative is the world’s most widely used non-dairy milk and began modestly as a byproduct of tofu production in 14th century China. It had become popular in North America and Europe by the second part of the twentieth century.

Soy milk’s role in plant-based eating was cemented by technological advancements that gave it a texture and taste more akin to animal milk rather than its original watery consistency.

Soy milk has a wide range of culinary applications, a creamy texture, and a healthy nutritional profile that includes vital omega-3 fatty acids, when fortified, and flavonoids that have antioxidant, anti-inflammatory, and cardioprotective effects.

Soy milk in various forms, including shelf-stable, refrigerated, and powdered, is readily accessible in grocery shops around the world.

So, is Soy Milk Vegan?

The simple answer is yes! Not only is soy a vegan-friendly product on its own, but soy milk is a safe alternative for those adhering to a vegan diet, as it does not include any other additional ingredients that aren’t vegan.

While soy milk is safe for vegan and plant-based diets, it is important to look closely at other substances that are added to enhance taste and fortify soy milk products.

If you are especially concerned with ensuring all-natural products are used in your soy milk, be sure to thoroughly read through all the milk’s ingredients.

Soy milk is available in most supermarkets and food retailers.

Soy milk can be found in the refrigerator section near the dairy or in shelf-stable packaging on the same aisle as the breakfast cereals in any U.S. supermarket store. It can also be found in any health food store, most convenience stores, and internet grocery stores.

Fortunately, there are many brands that offer a variety of unique options to suit every taste. Here are a few of the most popular and trusted soymilk brands:

Over 50 different types of soy milk are available in Japan, including some seasonal and unique flavors like cherry blossom and black sesame seed. Only basic tastes like vanilla, chocolate, and strawberry are likely to be found in the United States.

You’re on the lookout for a couple of things. To begin, choose an unsweetened brand. The sugar content of sweetened variants can range from five to 10 grams per serving.

Unsweetened vanilla is your best bet if you want a hint of taste. If your price allows, it’s also a good idea to go organic.

Although most soy kinds of milk are fortified, check the label to be sure yours has calcium and vitamin D, as soy milk does not contain calcium naturally. This ensures that the nutrients most closely mimic those found in cow’s milk.

When You Should Avoid Soy Milk

If you have a soy allergy, you should avoid soy milk. Otherwise, it’s a fantastic meal for everyone else.

Soy can be consumed when pregnant. It’s also OK to eat a reasonable amount of soy if you’ve had breast cancer.

The Sustainability of Soy Milk

There are many unique reasons people maintain a vegan diet. For some, it is to dietary choice; for others, it is an ethical choice to eliminate all animal products from their diet, as well as a way to lessen their carbon footprint.

Animal products come at a high environmental cost, which for some, is simply not worth the dietary lifestyle. Plant-based foods can provide nourishment while maintaining sustainability.

Soy output has increased in tandem with the rise in interest in a plant-based diet. Soy consumption has risen in the previous two decades, resulting in the excessive conversion of natural grasslands and forests into soybean farms, particularly in South America and the United States’ Great Plains.

Soy is a resource-intensive crop that takes a lot of energy, water, and agricultural inputs, such as herbicides and pesticides, which can lead to soil erosion, natural vegetation degradation, and water cycle disturbances.

Glyphosate, an industrial pesticide once patented by Monsanto under the brand name Roundup, is still used in nearly all soy farms in the United States.

The Health Benefits of Soy Milk

Soy milk can also have various health benefits, such as:

Soy milk can also improve your heart and circulatory system. Soy milk, whether fortified or not, is an excellent source of potassium. Potassium is essential for maintaining healthy blood pressure and pulse. Soy milk has also been linked to reducing cholesterol levels, particularly in those with high cholesterol.

Omega-3 fatty acids, found in soy milk, are healthy fats that your body does not make on its own. Omega-3 fatty acids have been linked to a lower risk of dementia and Alzheimer’s disease. The impact of soy milk on various illnesses is still being studied. Soy, on the other hand, is one of the most important plant sources of omega-3 fatty acids.

Soy milk contains isoflavones, a type of chemical known as “phytoestrogens.” These isoflavones act in the body like a weaker kind of estrogen. As a result, studies have suggested that soy milk and other soy products may aid in the relief of menopause symptoms such as hot flashes.

Fresh soy milk in Asia has a distinct bean flavor, but soy milk made for Western markets loses some of its flavors during pasteurization for long-term storage, and added sugars and other natural and artificial flavorings further mask the soybean flavor.

The flavor of soy milk is described as nutty or even grassy by those who frequently choose this kind of milk as a dairy alternative.

How is Soy Milk Made?

Making Your Own Soy Milk

The great news about soy milk is that you are safe to consume it regularly if you are vegan! You don’t have to worry about digging deep to find out whether your soy milk has been ethically sourced and made without animal products.

Enjoy it however you please and make it a staple of your vegan diet! 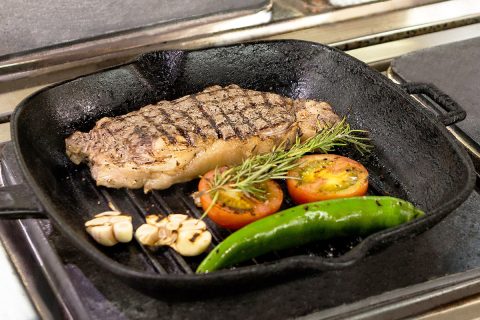 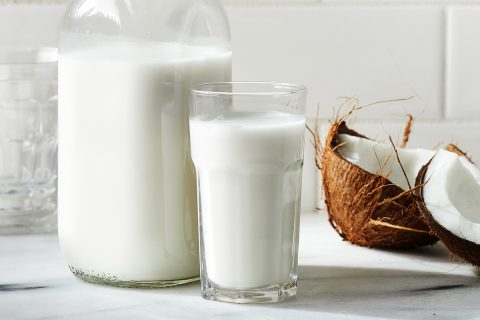 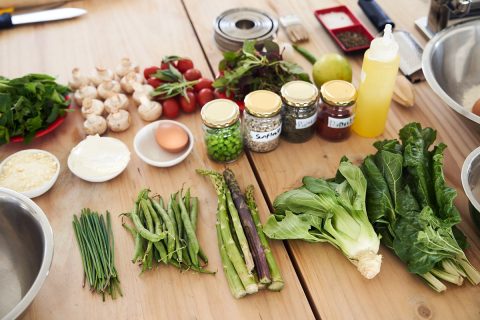 What Exactly is a Vegetarian? All You Need to Know! 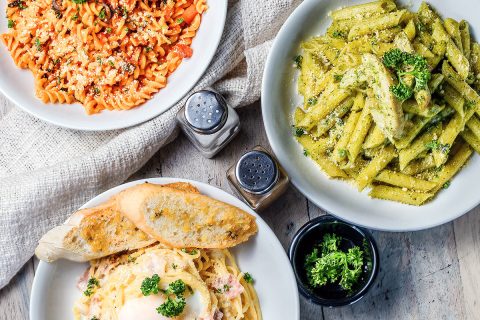 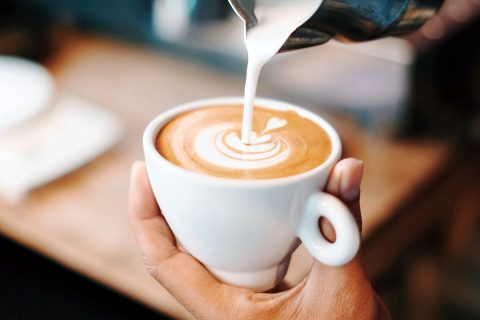 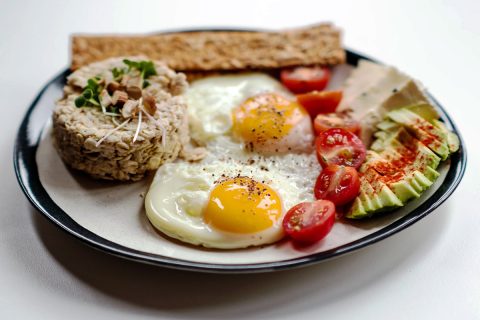 Do Vegetarians Eat Eggs? Here’s What You Need to Know!