NextStepLiving » Healthy Eating » Do Vegans Eat Seafood? (All You Need to Know!)

Do Vegans Eat Seafood? (All You Need to Know!)

Many newcomers to veganism are unsure of the distinctions between vegetarians, vegans, and others. One of the most common misunderstandings is whether vegans do or do not eat fish and seafood.

Veganism is defined as the practice of avoiding the use and consumption of animal-based foods and products.

Veganism or other plant-based diets are commonly adopted for health, ethical, environmental, or personal reasons. But, believe it or not, seafood, much like honey, is a source of contention and disagreement within the vegan community.

Regardless of whether you are already vegan or are thinking of trying out this completely plant-based diet, it is safe to assume that you are interested in its personal, social, and ecological benefits. If this is the case, you need to know how seafood fits the guidelines of veganism to ensure you receive all the advantages.

What Counts as Seafood?

It is a common misconception that seafood relates to shellfish. However, the term has a much broader meaning in general and when applied to a vegan lifestyle.

Seafood neither relates to solely fish nor shellfish, but any and all commercially farmed or captured fish, mollusks, and crustaceans from both fresh and saltwater.

If you’re vegan and you are unsure of whether or not you can eat something that comes from the sea, ask yourself this single question. Are you about to eat something that had a mother? If it did, assume that it is not vegan. Otherwise, you’re safe!

There is plenty of aquatic vegetation if you’re craving something from the sea!

Can You Eat Seafood if You’re Vegan?

The simplest answer is no. Vegans do not consume seafood and do not consume any animal products. However, there are veganism types that allow specific types of fish.

Ostrovegans, for example, eat bivalves like oysters, but seagans include all seafood in their otherwise vegan diet.

Seafood, like fish, sometimes falls into a grey area of classification among those who adhere to a plant-based diet. However, veganism has always been abundantly clear that neither animals, the things they produce, nor their labor should contribute to human consumption in any way.

Despite this straightforward approach, some believe that the animals that we refer to as “seafood” aren’t animals in the same way as a cow, chicken, or even another kind of fish.

However, if someone follows a truly vegan diet, they wholeheartedly consider shellfish to be animals and refrain from ingesting or using any part of them. Because there is no central nervous system.

Some vegans may consider certain seafood to be acceptable. For example, oysters are often a hot topic of discussion in this community.

However, you can’t consume fish or seafood of any kind if you’re a true vegan.

Many people are perplexed as to why vegans refuse to consume seafood. The logic is straightforward, but everyone seems to overlook the fact that fish are animals. Just because they aren’t mammals and don’t live on land like people doesn’t mean they qualify as anything less than an animal.

Commercial fishing produces a bycatch, which is any unintended catch of creatures that were not intended to be caught. Bycatch has the potential to drastically degrade ocean biodiversity. Every year, some 650,000 marine animals (turtles, whales, and dolphins) are hurt or killed in fishing nets.

Another current commercial fishing activity that is particularly undesirable is the bottom trawling. Huge nets are being dragged across the ocean floor in an attempt to catch anything they can. According to studies, the effect of this activity can be visible from space. Bottom trawling is the aquatic version of clear-cutting entire forests.

The majority of people believe fish experience pain, and recent research has confirmed this. They have nociceptors, which are cells that detect pressure, heat, and irritation as a threat. Fish, like humans, create natural painkillers.

According to studies, fish that are exposed to chemical irritants lose their appetite, brush their bodies along aquarium walls, and show greater indicators of distress.

Vegans believe that killing or injuring animals is unethical. This leads to the powerful argument that eating fish hurts them, which is absolutely contrary to the vegan philosophy.

Furthermore, commercial fishing is rife with indignities. Fish are frequently sliced open while alive or forced to suffer for days in a net.

Although fish can be a nutritious food, they contain high mercury levels and PCBs (polychlorinated biphenyls). According to the Environmental Protection Agency, PCBs have been linked to human cancer.

According to studies, pregnant women who eat a lot of fish may have infants with birth abnormalities. PCBs are poisons that build up in animal fat and become more concentrated as they move up the food chain.

The omega-3 fatty acids found in fish are why most people eat them. Yet, PCBs pose such a high risk that it may be advisable to avoid them. You can receive the omega-3 fats you need on a vegan diet.

Are There Vegan Seafood Alternatives?

Every year, countless fish are sacrificed for human consumption. Unfortunately, fish intake has several health hazards, besides the major environmental effects. Fortunately, a growing variety of healthful plant-based alternatives are available that not only taste good but are also good for the environment and are vegan-friendly.

Whether you are new to the vegan diet or simply find yourself with a craving for seafood, you don’t have to suffer from cravings. The following options are plant-based and will add the same satisfying flavor and texture of seafood.

Just like on land, the ocean has its own rich supply of vegetation. The distinctive savory and salty flavor of algae, which resembles the fragrance of the sea, can lend a special touch to a dish, making it an excellent fish substitute. Algae, whether it’s seaweed, nori, or wakame, eliminate the need for fish in soups, salads, and rice dishes.

If you already have plant-based seafood, you may even find little algae in the ingredients list. Algae not only have a pleasant taste, but it also has health benefits, such as vital minerals, antioxidants, vitamins, and omega-3 fatty acids. However, algae should be ingested in moderation because of its high iodine concentration.

Solid tofu absorbs spices and marinades like vegan fish broth, particularly well because of its relatively mild flavor. As a result, tofu may be made into a delectable alternative to fish fingers when combined with ground algae and crispy breading. It can also be used to make animal-free fish burgers or fillets.

Dried mushrooms and algae can be used to generate a plant-based fish stock, while soy sauce, miso paste, algae, and other carefully balanced ingredients form a delectable vegan fish sauce. Both of these recipes can be used to make Asian soups and marinades.

Did you know that you can make carrots taste like salmon and tomatoes taste like tuna? With the right preparation and marinade, the flavors and textures of plant-based foods can be transformed to mimic seafood tastes and textures. A quick internet search will tell you exactly how to make your plant-based staples taste like your favorite seafood dishes.

Whether you look online or at your favorite vegan food store, you are likely to find many ready-made seafood alternatives.

These are usually frozen and use plant-based ingredients to help you create dishes that you love without the need for any animal-sourced products. Commonly found vegan seafood alternatives include caviar, fish sticks, shrimp, prawns, and even calamari!

Fish is abundant in protein, omega-3 fatty acids, vitamin B12, iodine, and selenium and is a valuable source of these nutrients. However, it is still banned from vegan and other vegetarian diets for health, ecological, moral, or personal reasons.

Certain types of plant-based diets, however, may allow for the consumption of fish, such as mussels, oysters, clams, and scallops. However, these foods are still barred from a strict vegan diet.

Ultimately, whether or not you should eat fish as part of a plant-based diet is a matter of personal taste and values. But, if you want to follow a vegan diet, for whichever reasons you choose, you will have to abstain from eating all animal products – which includes any type of seafood. 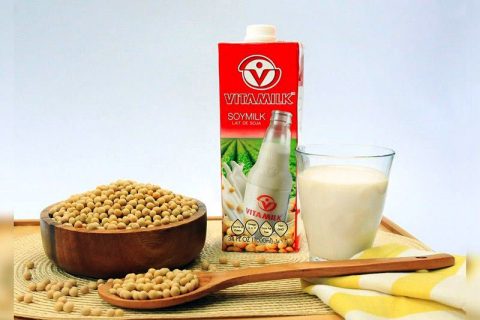 Is Soy Milk Vegan? (Here’s What You Need to Know!) 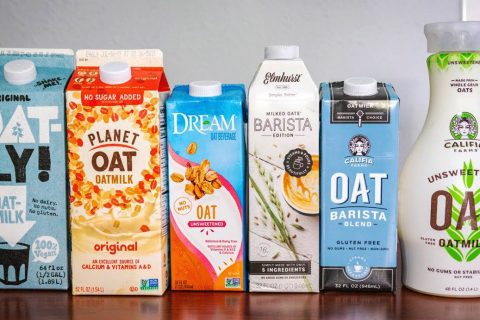 Is Coconut Milk Vegan? (Here’s What You Should Know) 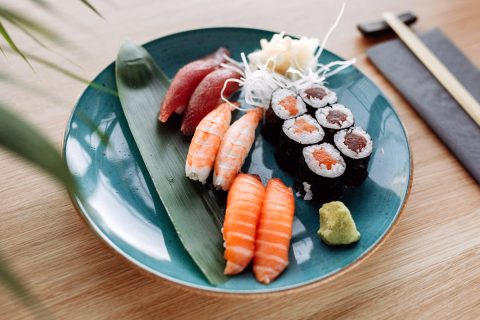 Is Sushi Vegan? (Everything You Need to Know!)